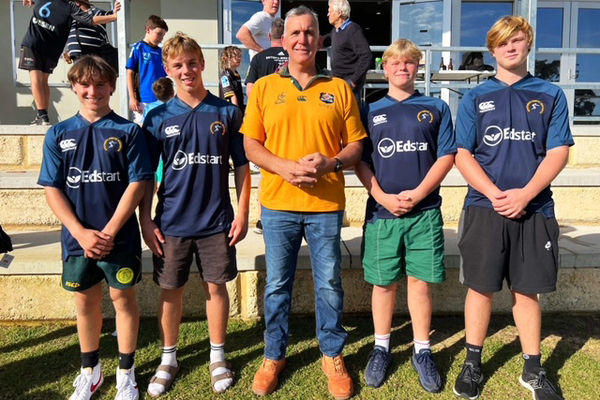 A group of 75 junior players from 19 West Australian metro and country rugby clubs will be making history as the first boys and girls representative teams from the West to participate in the NSW Junior State Championships.
The tour has been organised at the grassroots level, leveraging support from the community and sponsors including Edstart, and will see two under 15 boys teams and one under 14 girls team make the 3,290km journey across to Sydney.

Expanding the pathway for junior players

The inclusion of WA teams in the NSW Junior State Championships has been made possible by Michael Williams, Vice President of the North Coast Rugby Union Football Club in Perth.
Originally from NSW, Michael played in the state championships during the mid-1980s and found it to be a great launching platform for young players to go onto bigger and better things in rugby. He wanted to provide the opportunity to expand the pathways for players in WA and started discussions with NSW Juniors about the idea in April last year.

A callout was made to attend a trial for the tour last December, which saw a huge response with over 100 players registering to try out for a spot in the U15 boys teams.
Trinity College student Felix Cooper from Wests Scarborough Rugby Club has been playing rugby for 10 years and is one of the players selected for the tour. He has never been to Sydney and is looking forward to seeing the other side of the country while being able to play the sport he loves.
Luke Megson from the Associates RUFC is excited to be travelling with his team and competing against some of the best players in Australia. Luke hopes to develop his skills from the tour and help his school team at Scotch College win the Redmond Cup in the PSA 1st IV Competition. 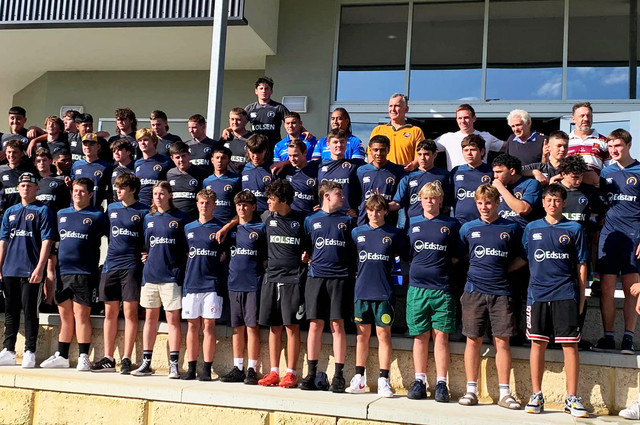 The start of something great

The organisers hope this year’s tour is the start of something great and will help set up a framework for future years.
Michael is determined to provide a good experience for the players, and that all the kids on tour continue to play rugby next year and grow the number of juniors playing rugby in WA.
He’s also hopeful that WA will play well against the NSW teams during the championships, with at least one team in the top 8 pool and potentially have WA players scouted and offered a scholarship.
About Edstart
Edstart is a leading technology and financial services company providing funding and payment services for education. We offer fee management solutions to schools and flexible payment plans to parents to help make school fees easier to manage.